Shaun joined the board this year coming from Charity Golf Tournament Plowing Fore a Cure where he was acting as Chair/Co-Chair raising close to $100,000 for local charities including Candlelighters. He is currently working as the Federal Government Program Manager with Data Management company NetApp and has been working in the IT world for the past 20 year in Ottawa. In his spare time he enjoys playing competitive volleyball and working around the garden and in the woodworking shop.

Mark is a Wealth Advisor at ScotiaMcLeod, where he assists clients with developing comprehensive financial strategies and ongoing investment management. Working with a team of specialists across Scotia Wealth management his team specializes in a broad range of financial matters including, but not limited to estate, tax-efficiency and insurance planning for corporate and retail clients. He has been in the industry for 16 years. He also sits on the board of WCWFE (Why Can’t We Feed Everyone), an organization helping reduce food waste while feeding less fortunate local families. Mark’s off-hours are spent outdoors with his wife and dog, playing basketball, mountain-biking or swimming in the Madawaska River in the few months a year that will allow it.

Ian Hamilton has over 20 years of experience in the Financial Services industry.  He has spent his entire career with Scotia Wealth Management after starting in 1994 upon completing his BComm-Finance degree at Concordia University.  Ian holds the prestigious Portfolio Manager/Director, Wealth Management designation and is a Chartered Investment Manager.  Ian prides himself on trust, integrity, competence and respect.

Ian is devoted to his family that includes his lovely wife Stacey and their two children Brooke and Connor. He enjoys an active lifestyle that includes coaching his son’s hockey team, along with playing hockey and golf.  Ian is also active in his community and a dedicated supporter of various local charities.  In 2008, Ian was the head of the organizing committee that brought the “Terry Fox Tour of Hope” to Ottawa which was a Canada-wide tour to raise funds and awareness for the Terry Fox Foundation and included the original van that Terry used on his Marathon of Hope in 1980. 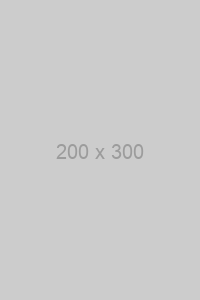 Mike has been a life long volunteer and brings a broad scope of community experiences to Candlelighters, including his involvement with with Special Olympics Ontario and the Polar Plunge.  He is actively involved in his community association and believes that everyone makes a contribution in their community in a variety of ways.  Mike is looking forward to contributing to ensuring the ongoing success of Candlelighters and will be joining the Fundraising and Program Committees.

Chris Lawton is currently an international policy analyst with a federal government agency. He has previously served as a policy advisor to the federal Minister of Transport, Infrastructure, and Communities, and conducted research for two Washington DC think tanks, the Stimson Center and Global Financial Integrity, on topics related to international security and development. Chris has ten years experience as a volunteer with the Children’s Hospital of Eastern Ontario, including placements in Child Life and on several wards. He served in a number of positions on the CHEO Volunteer Association Board of Directors, including two years as Chair, and represented CHEO volunteers on the board of the CHEO Foundation. He has also volunteered for the past four years as an organizer and facilitator of the March of Remembrance and Hope, a Holocaust education program in Germany and Poland for Canadian student leaders. Chris holds a Bachelors of Public Affairs and Policy Management from Carleton University, and a Masters in International Relations from George Washington University.